The organic sector has been shattered by various scandals on national and international levels. The bigger the scandals, the more dramatic the consequences for the countries of origin, which brings about huge shifts in international commodity flows, as import and export figures indicate. 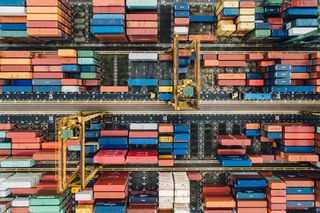 The United States have seen the biggest changes when it comes to the origin of their organic imports, especially for corn, grain and soya which are mainly used as animal feed. Whilst soybean and corn imports from Turkey were still skyrocketing to more than $200 million in 2016, they went down to zero by 2019 after several fraud scandals had been revealed. In the course of the fraud investigations, certifiers like Control Union have been suspended by both US and EU authorities, and nearly 75 percent of formerly certified-organic operations in the Black Sea region have lost or surrendered their USDA organic certificates. Still, there was and still is obviously enough American organic meat on the market – animals that must be fed with organic grain, corn, and soybean. Luckily, countries like Russia and Ukraine apparently have plenty of organically grown animal feed available to spontaneously step in and close the gap. How is this possible, considering that conversion from conventional to organic takes 18 months at the very least? Another striking development can be seen for organic yellow peas that are used for plant-based, vegetarian and vegan products: US imports come mainly from Russia, and since very recently, also from Moldova – one of the 5 countries (besides China, Russia, Ukraine and Kazakhstan) for which the EU has already been stipulating special guidelines for additional official controls. Do these special guidelines lead to fewer imports from these countries? Not really: even though integrity doubts obviously persist, about a quarter of all organic imports to the EU in 2019 still came from Ukraine and China.

To conclude: the biggest markets for organic products, the European Union and the United States, import most from countries with high integrity doubts, and if doubts about one country become too worrying, other countries will step in quicker than you can spell “organic certification”.

This article has been published on the international organic platform www.organic-market.info

Back
We want to provide the most important information and services for you in the best-possible way. To do this, we need your consent to use the ‘Matomo’ web analysis tool to create and carry out an pseudonymous evaluation of your visit for statistical purposes. Your consent is valid for 12 months.
accept
decline
configuration

Cookie used by Google Analytics to save tracking information